There are three main different types of vasectomy:

Although all three types of vasectomy procedures cause permanent blockage of the vas deferentia there are minor variations in the techniques used to perform each type of vasectomy.

Some vasectomy procedures have been associated with higher rates of complication.

Conventional vasectomy is performed using a scalpel to make incisions in the scrotum. One incision in the middle of the scrotum or two incisions (one on each side) can be used. The incisions are usually 1.5-3.0 cm long and no specially designed vasectomy instruments are used.

Since the incisions are larger they often have to be closed with sutures. Complication rates are higher with conventional vasectomy procedures.

The NSV incision is usually less than 10mm and no skin sutures are required to close these smaller incisions. Two special instruments (vas ring clamp and vas dissector) are essential to NSV.

Technically, No-scalpel vasectomy only refers to how an opening is made in the scrotal skin.

A doctor can make 1 or 2 skin openings and can perform any of a variety of procedures to close or remove segments of the vas deferens and it be considered a No-scalpel vasectomy.

A minimally invasive vasectomy procedure is least invasive procedure: no scalpel, one skin opening, and no segments of the vas deferens are removed.

Which vasectomy technique is better?

Conventional vasectomy has shown to have higher complications than either no-scalpel or minimally invasive vasectomy.

For more information on conventional vs no-scalpel vasectomy risk.

No-scalpel vasectomy was developed in China in the 1970’s and was brought to the United States in the 1980’s. Initially slow to be accepted, no-scalpel vasectomy has become increasingly popular because of the lower risk of vasectomy related complications. Despite this there are some providers who continue to provide conventional vasectomy.

What should you do if your doctor only performs conventional vasectomy? 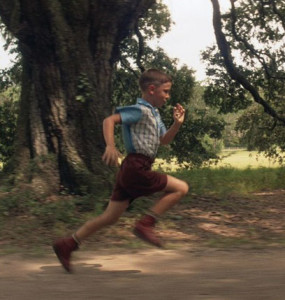 I never want to discourage a guy from getting a vasectomy if he feels that is the best choice for him.

If your only option is conventional vasectomy then you should go for it. Although recovery may be longer most men wont have a complication with conventional incisional vasectomy; however, if you have an option to have a no-scalpel vasectomy, my personal advice…

If you call a vasectomy provider’s office and either the staff cannot inform you which type of vasectomy procedure the doctor performs…or if the doctor only performs conventional vasectomy…..then I suggest you..


What type of vasectomy is performed at A Personal Choice?