Only my close friends know this about me: I am not fond of Disney World. There I said it!

I have been hesitant to ‘come out’ about my feelings for Disney World because many view expressing a dislike for Disney as the equivalent of being a card-carrying member of the Nazi party or president of the KKK.

My disdain for Disney is derived from my personal experiences. While others are fond of the Disney ‘experience’, I have found Disney to be expensive and over-crowded with humanity. When I go there, I feel like a refugee in a foreign country trying to obtain asylum. I don’t know the area, I am constantly trying to gain entrance, and I am fighting for what seems like scarce resources.

I have spent more time profusely sweating and anxiously waiting in line for rides while at Disney than any other place. Standing in line for rides and food stresses me out. The stress of having to plan my day (several months in advance) to ride a few rides vastly outweighs any joy I receive from being there. I am certainly a glass is ‘half-empty’ kind of guy when it comes to Disney.

Our plan did not work out. Instead after the fireworks show they woke up and cried from fatigue all the way back to the hotel.

People are fond of saying Disney is a magical experience.

The only magic I have experienced at Disney is the magical transformation of innocent families underneath the heat of the high noon sun into not so nice people.

My last memory of Disney was of a mother crying and a pissed off father three heart beats from a heart attack as they stood in the Disney square trying to console their unconsolable crying child. Their overburdened stroller had flipped on its back from too much weight on the handles. The child was wailing, kicking his feet, and screaming into the sun like an\ hysterical astronaut ready for take off. The wheels of the stroller were spinning, apple juice was leaking from underneath the stroller, and Cheerios were rolling around on the pavement marking the scene of the accident.

This was my last memory of Disney: an innocent family trying to have a good vacation but decomposing under the stress of the experience. Yes this was truly magical. I felt for the poor parents who were trying to give their child a great vacation.

People who love Disney buy yearly passes, have Disney credit cards, go several times a year, get all the character signatures, know the location of all the hidden ‘Mickeys” and are forever planning return trips. Those who don’t love Disney are kind of like me….’been there, done that, got the t-shirt, and lets move it along folks.’

I made similar observations about the Christian Missionaries I saw in Haiti.

Haiti certainly seemed like it was Disney World for Christian missionaries. I saw more missionaries in Haiti than I have ever seen anyplace I have traveled.

The ones I met were mostly concentrated in the airport as they were entering and leaving. During the weekend, the Haitian airport was like the river where the migrating missionaries bottle-necked like wildebeest as they were entering and leaving Haiti on the weekends. As a first time visitor to Haiti, I was impressed by the concentration of missionaries.

In much the same way as I categorized fans of Disney, I also categorized the missionaries I met in Haiti. I met short-timers and long-timers….some were not so dedicated and some were very dedicated.

“Short-timers”: Getting their missionary merit badge!

I met some missionaries who were spending the obligatory week in Haiti…just like a trip to Disney. Their week was carefully planned with a planning organization during the summer months when it was less disruptive to their home life. Their travel, lodging, and meals were carefully planned by their respective organizations. They had fast passes to all the orphanages and aid stations. At the end of their mission, they were given an obligatory going away party and photo memory scrap books.

Many were high-school and college aged. Some were parents who brought their children so they could experience doing God’s work over the course of seven days. After a week they were done. Some were even returning to go to Disney (the real Disney in Orlando).

Most of the “short-timer” missionaries leaving Haiti were happy and excited while others seemed depressed by their experience (just like those leaving Disney). Although I may be coming off as condescending of these short-time missionaries, I can say in their defense at least they spent 7 days,while I only spent 3 ½ days!

I met one missionary who was truly dedicated: Pastor Joel. I am certain there were many more like him.

Pastor Joel left the United States and dedicated his life to Haiti. He has been there for 40 years and seems to have made a great contribution to the country of Haiti.

He is affectionately known as Frere Joel, or Brother Joel. This guy is the real deal.

Pastor Joel goes into great detail in his website about his calling to live in Haiti. Below is his story in brief.

I am not making this up because you cant just make stuff like this up.

Joel was a troubled teenager who was homeless and abandoned by his parents. He was running from the law and tripped out on LSD and was found naked and psychotic on a dark, rainy night on a lonely mountain road by a Christian couple. They picked him up and told him, “God loves you…”. In his weakened physical state and while under a LSD psychosis he experienced a transformation. He accepted God into his life, joined a church, and traveled to Haiti to fix a church motorcycle. He has never left Haiti.

This is the stuff of comic books and you just can’t make this stuff up.

As I said in my previous article, Vasectomy Haiti: Treating Hydroceles and Meeting A Man of God,  I only met Pastor Joel for several minutes but I immediately liked him. He had genuineness about him and I am a better person for having crossed his path. After I returned home I Googled him, as he had suggested, and learned more about what he does in Haiti.

I encourage others to read more about Frere Joel: Pastor Joel’s Personal Testimony

Pastor Joel is the real deal…not a week-long Christian warrior who is checking something off his bucket list. He has a true love for Haiti and he is a truly dedicated Christian.

We could all learn by his example but we should all realize we all give of ourselves in different ways.

Next article in the series Vasectomy Haiti:
No Reservations: Vasectomy Reversal and Tubal Reversal: God’s Mission?

About Dr. Monteith and His Choice Vasectomy 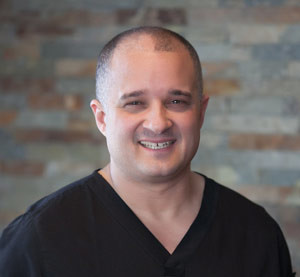 His first article in this series about vasectomy in Haiti is Vasectomy Haiti: No Reservations

Persons interested in supporting vasectomy in the developing world can do so through the NSVI website: No-Scalpel Vasectomy International.

For $45 a you can provide a vasectomy to a man in the developing world. This single vasectomy procedure will allow him to better provide for his children and family and will help increase awareness of the safety of vasectomy in countries that stand to benefit the most from the devastating impact of over-population.